So Valentime’s day was yesterday (whaddup Blackish reference!) How was your day? Mine was spent walking around trying to sort out where I would work for the next one year. NYSC stress.

Anyway, let’s continue reminscing about my time in camp.

During our drills the soldiers tried to raise our morales by singing the strangest songs ever. Many were call and response so we got to sing as well and many were in pidgin English. Songs like Ikebe wan fall oh ehhhhh, Ikebe wan fall oh ayaya. For this one you were required to hold the waist of the person in front of you to help prevent their ikebe- derriere from falling. Another one was if soldier marry corper E go born mumu ( an idiot). These are just mild examples.

While in camp too we heard all sorts of instructions like Corper wee! How is your morale? Are you good to go?Are you motivated? Parade, prey prey shun! Stand at ease. Attention by number squad 1. Remain like that. Move to the right in threes. Right turn. By the centre, quick march.

This was the period where you saw people suddenly develop leg and body pains because a lot of people did not want to march. It was tiring I will admit. There was this man in my platoon, prior to marching he was alright. But when he noticed that those of us not in the parade were seated beneath the trees and he was sweating under the hot sun, he suddenly began to limp noticeably. The soldier let him go because nobody wants any trouble and after the first two limps for show, he ran the rest of the way to his colleagues under the tree. The soldier was livid but he didn’t do anything. I laughed my eyes out. 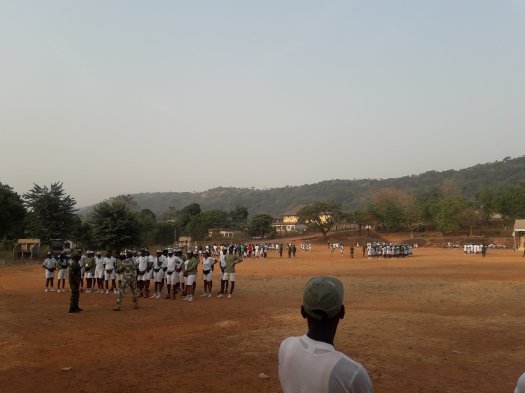 So of all the competitions available at the camp, I am ashamed to say I participated in none. I was a spectator throughout, part of the clapping committee.

For the drills competition that was done, the platoon that came 10th position was given a massive metal spoon. Thank God my platoon was not the last. The leader was required to march forward, collect the spoon and hand it over to the platoon commanding soldier. All of this had to be done without laughing.

On the last Saturday before we left camp we had carnival. On that day we could dress up in other clothes, mainly white shirts bottoms, but there were no restrictions. So shirts were shredded, cut up and holes put in them. There were masks and other props. 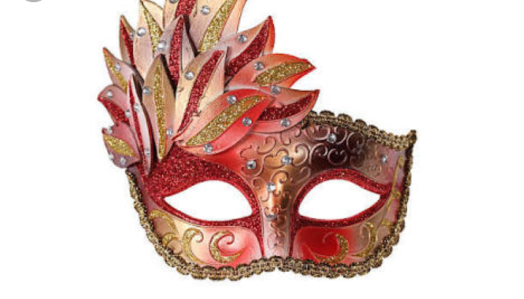 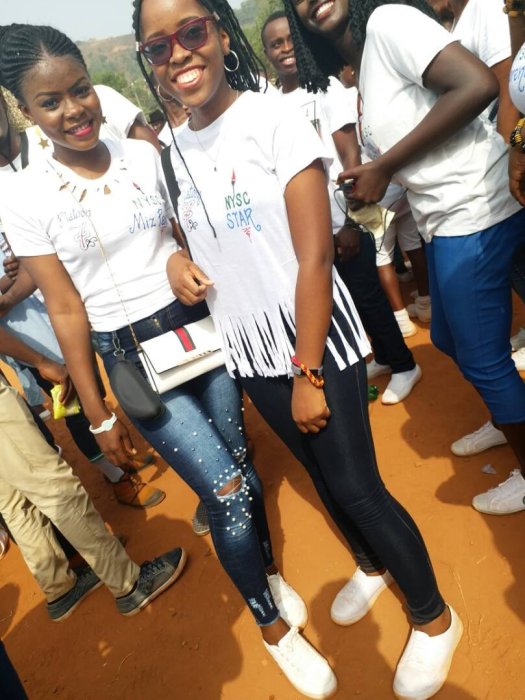 Every platoon had man o war drills. There we crawled under bunks surrounded by barbed wire, climbed ropes suspended from trees, climbed ropes bridges hanging from trees and other gadgets. Suffice to say I did not go on most of them as I was scared. I tried though. I did a lot of the crawling and jumping ones. 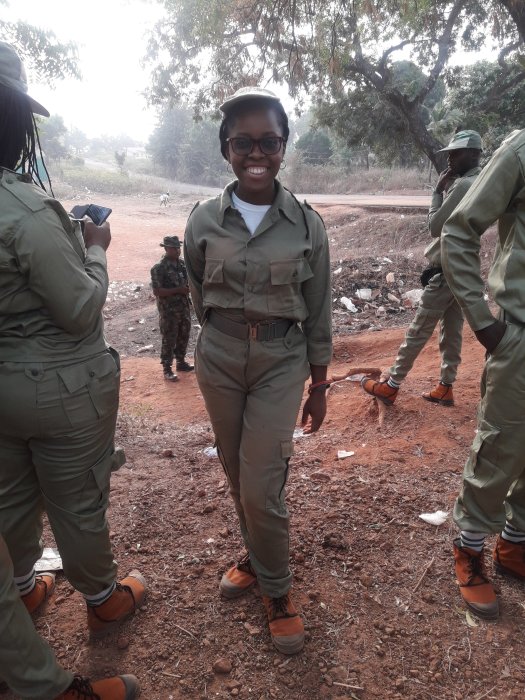 Social interactions happened at night till 10.30pm, although many people still returned later than that. There was one night, specifically carnival night, by past 11pm, this girl in my room was brought back practically unconscious. Now Nigerians love gist. If there’s an accident on the road, Nigerians would gather. Once there is anything that seems like a juicy story or piece of information, count us in. I admit. I am not exempt. So this girl was being carried by two boys and escorted by soldiers as well. Trust other girls. They began to shout and scream from as far as two hostel blocks away. And we are about 100 girls per hostel. So imagine the multitude that followed the procession of men to my dorm. This girl was deposited at the door where other girls were there to carry her. The men left but the multitude didn’t. We call those kind “amebo”. They began to throw advise from outside the door and windows. Some were bold enough to enter the room. But everyone was watching the girl with interest. The poor girl was drunk to the point of passing out. Some people said, give her garri to drink! Another set said, let her pee! Some said, the alcohol is in her blood, in her head! Give her milk! I was just on my bed observing. Eventually her bunkmate sent everyone away and took care of her till she vomited and returned to normalcy.

My room was situated behind the camp and there was no fence, only barbed wire, so villagers could come in from there. One night I was fast asleep. Next thing I know, female soldiers are shouting and shining lights on our faces and making us run outside. Then we were made to squat. In the night. In the cold. Apparently they heard someone called and said a girl brought a boy to the hostel and was trying to hide him in our dorm. Our hostel governor now corrected them and said someone said she saw a boy covered in black cloth behind our hostel flashing people. After they told us to attack anyone that tried to disturb our peace and informing us that they would increase security behind our hostel, we were sent back in.

Behind my hostel G 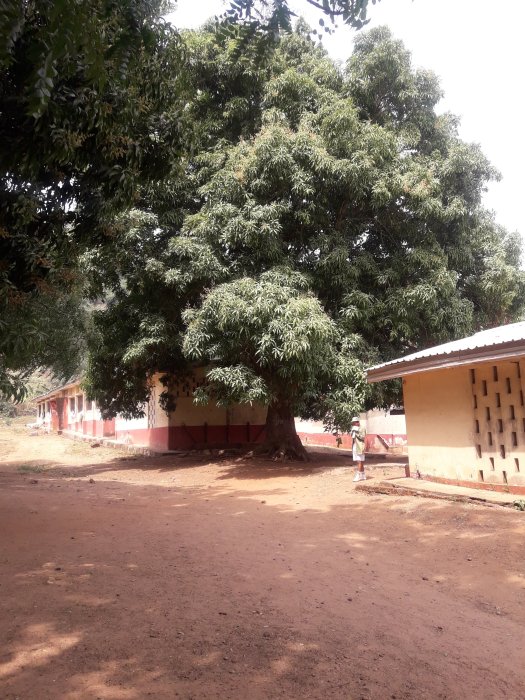 Somewhere near the hostels

The next night, a girl screams and runs out and says she saw a boy in the shower area. Now there’s no light and everywhere is dark so everyone begins to panic. People begin to wear layers of clothes to bed and nobody wants to sleep. They kept imagining if this so called male would come into the room and if there were more boys. As for me, after assessing the situation and highly doubting that there was a boy, and even if there was, he was greatly outnumbered, I slept.

Our RSM- Resident Sergeant Major- was very cool. And funny. He said things like “one mumu lost am, another mumu find am, come give am to wise man”. Meaning an idiot lost his property, which was found by another idiot, who now came to submit it to him, a wise man so the first idiot could be located. And then when you were found you were made to say in front of the whole camp “I be mumu”. He called make up putty filler.

Then there was the bugle. That thing was our alarm and our bell. It was what sang to us “corpers’ food is ready”. After a long day under the sun the sound of the bugle brought literal tears to my eyes many times. At last! I could go and rest.

Orientation camp was definitely an experience, one that would bring you out of the shell you were once in. Unless you were too adamant and decided you were just going to eat, sleep, march and sleep.

We had a passing out parade on the last day where people marched and the governor’s representative gave a speech. Then our posting letters were handed to us and there began our one year of national service.

4 Replies to “Explore the East- My NYSC Experience 2”