Finally a change in season! Spring was a welcome reprieve from the winter and the cold. However, here, the weather had a mind on its own and it snowed many a time in what was supposedly spring. It also hailed, which I found really fascinating, as it was my first time seeing hail. I lost all home training the first day I experienced it- who won’t marvel at literal pieces of ice falling from the sky?!

COVID-19 and the lockdowns and social distancing measures brought about an increase in zoom calls and online movie nights with friends. Shoutout to Zoom, Whatsapp, Netflix Party and Irokotv for making these possible! On Mother’s day, the children and teenagers at my church did online presentations, and they were amazing. It amplified how much I missed the physical gatherings.

Later in spring after spending most of my time cooped up inside, I went to Banff with cohort friends. 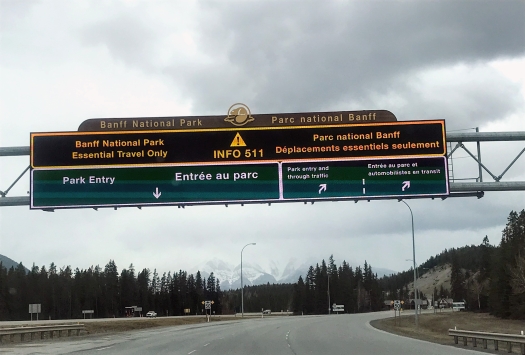 The main resort part of Banff was closed due to COVID, so we just drove towards the mountains and came down to take pictures and experience the mountains. If someone ever tries to describe the view of these mountains to you, the words will never do justice. The mountains are literally full of majesty, and when you are driving, it seems as though they are closing in on you in some parts of the roads. There was a lot of snow on them, and it was snowing a little as well. 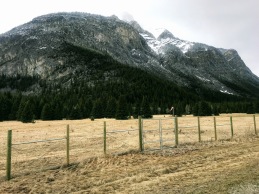 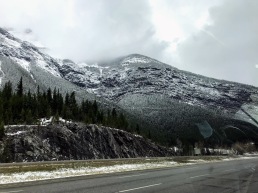 Standing to the side of the roads and trying to capture the beauty and vastness of the mountains was work, as the constant question in my mind was if the pictures could describe what I was surrounded by. It was also a little cloudy, so the whole area was a mixture of grey skies, dark blues and white from the snow capping the mountains and settling on the sides. Prior to getting to the mountains, we passed acres and acres of National Parkland, and it was fascinating to just drive by all of the beauty of the trees. 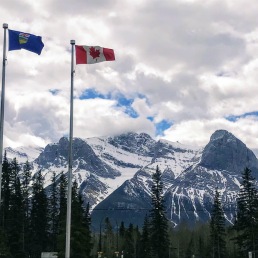 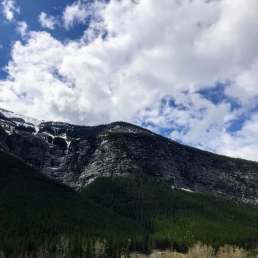 I falsely assumed that it was not going to be cold, because spring, duh, but I was wrong. I had on my trusty grey sweater and sneakers and I figured that would suffice.  It seems I never really learn, because brethren, it did not. Trying to take pictures in extreme weather with the wrong apparel was no small feat, but we managed and I think I got some nice images. Ha Ha! A lesson from all this: when going somewhere, endeavour to check the weather and dress appropriately. 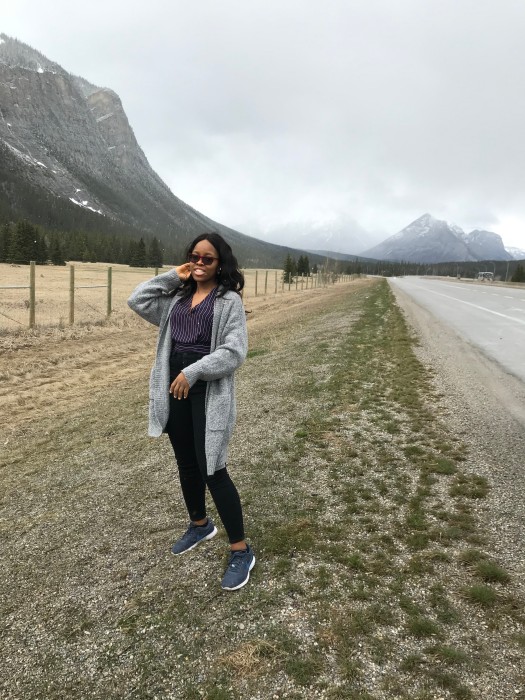 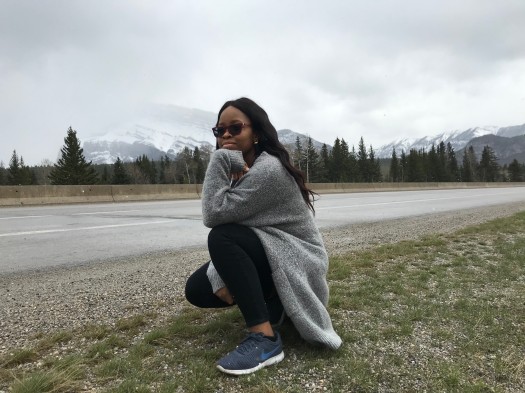 On our way back from Banff, we drove through Canmore, a picturesque town with beautiful views and proximity to the mountains and several lakes. We didn’t go sightseeing though because public places were closed. We only stopped at a Tim Hortons for lemonade and doughnuts. Tim Hortons is the go-to fast food place for coffee and it has the best lemonade in my opinion. During spring I went on some walks around the area as well to wake myself up from the constant indoors life that I was living. 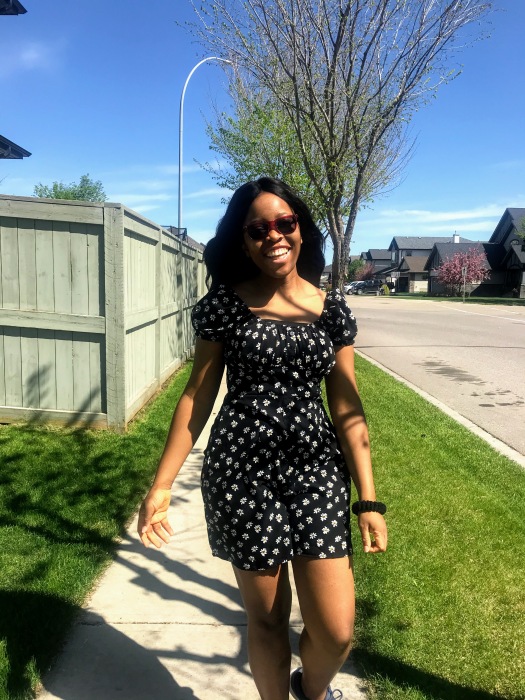 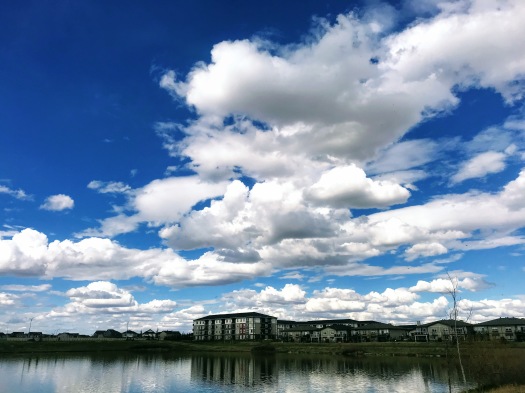 Fast forward some weeks later to when the lockdown had eased a bit and places were opening up gradually; I hung out with two close friends at home and had pizza, wings, ice-cream and soda, watched The Photograph starring Issa Rae and Lakeith and played games. We played UNO and connect 4, and I won one round of UNO so all was good. I also played scrabble for the first time during the lockdown and I am obsessed.

Later that day some friends and I watched the Set Up on Netflix using Netflix party. In all this, I realized that the experience of schooling was made richer by the people you get to meet and interact with and I am grateful for the opportunities. In this quarantine time as well I read some new books and re-read some of my favourites (Side note: my favourite novels till further notice are Purple Hibiscus by Chimamanda Ngozi Adichie and Redeeming Love by Francine Rivers). I also learned and practised composite rendering on photoshop. 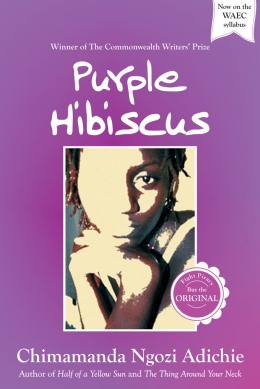 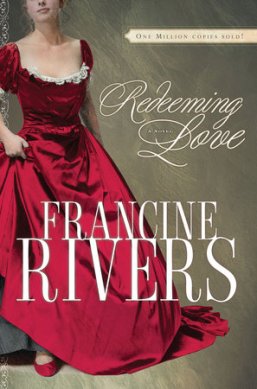 I applied for and got the position of Communications Director for the year in my department alongside another student. Emails that go out to the students and sometimes faculty now have our names at the end and I do not know how to act anymore.

I look forward to writing more posts and sharing more pictures with you!

4 Replies to “Spring, Living and Everything Between”